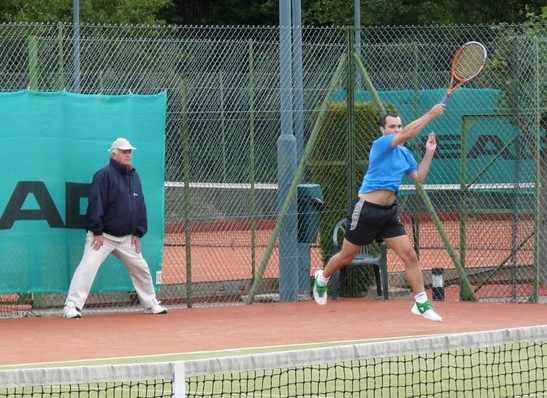 Richard was No. 1 seed and has won the tournament a number of times in the past, Chris won the title in 2009. Chris hit some powerful top spin shots and, on at least 2 occasions, Richard was at 0-40 on his own serve. However, his reliability and skill saw him through. Richard eventually won a very good match in 2 sets.

Richard and Chris were the favourites but were given a shock in the first set when James and Matt won the tiebreak, having had a number of earlier set points. 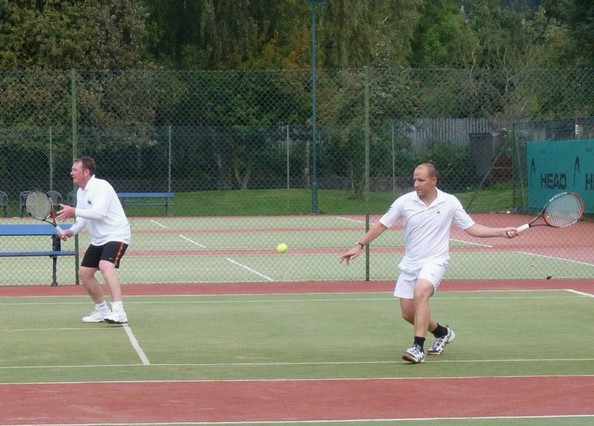 However, Richard and Chris easily won the 2nd set, but the 3rd set was very close with Richard & Chris winning in the end. All 4 players produced excellent shots with entertaining rallies.

The younger pairing of Jen and Alice proved too strong for Alison and Susie, although a fightback almost took place in the 2nd set. A very well-natured match. 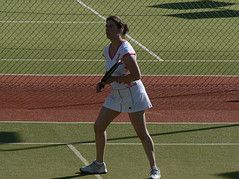 Judith only joined Duffield this year and put up a spirited performance in this, her first final at the club. Caroline won a good match.

A well-humoured final with Chris and Susan winning in 2 sets.