Individual players and teams participate in a range of county and national tournaments. We also hold annual club championships and host the Derbyshire Festival of Tennis (county closed championships). 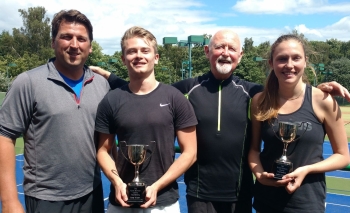 The club championships are open to adults and juniors. Sign up sheets are posted on the notice boards in July. Matches are to be played in September. Events usually include:

Open to all members, this charity tournament held in memory of our former Secretary is usually held on the Wimbledon men's finals day. A trophy is awarded to the lady and gentleman who acquire the most points during the morning's play. After the tournament, players can enjoy a buffet lunch and strawberries and cream whilst watching the Wimbledon final.

The county closed championships are the season's finale and are open to Derbyshire born players only. The event has been held at Duffield for several years. For further information about County events see the County Calendar on the Derbyshire LTA Website. 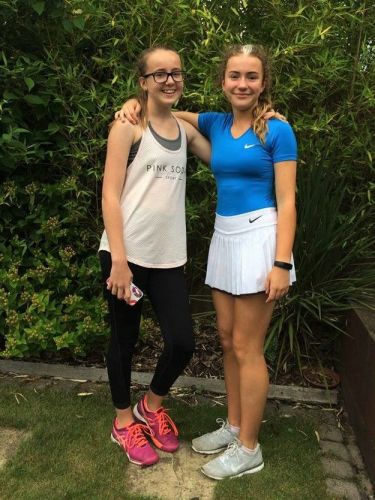 Duffield teams play in the Aegon JNCL which offers players of all levels the chance to compete in a team environment and play within an LTA structured league. Grade 6 junior events run in Winter and Summer. All grade 6 LTA sanctioned events are open to any level and aim to offer a first introduction to competitive tennis held locally at the club.

Road to Wimbledon is open to U14's only and offers all participants the opportunity to play in the county finals. The overall winner will have the chance of a lifetime to play at Wimbledon.

This is a grade 4 event that attracts regularly competing juniors from around the country. For further information about junior tournaments and events, contact James Grindell 07968 058383.